📧 You can hold a conversation in any language , with the help of voice translator, translating different texts and use the button to talk application.
Download APK
4.3/5 Votes: 517,127
Report
Developer
Talkao - Talk & TranslateUpdated
Nov 9, 2022Size
52MVersion
346.0Requirements
4.1 and upGet it on

📧 You can hold a conversation in any language , with the help of voice translator, translating different texts and use the button to talk application.

📚 Learn languages quickly and easily, speaks your language to translate from written or spoken in the language of your choice , more than 80 languages in text as Spanish English, French, German Italian, Korean, Chinese, Japanese, and 44 languages spoken as those mentioned above and many others like Arabic, Danish, Dutch, Portuguese, Russian, Finnish, Indonesian, Turkish and Vietnamese.

You can check all your translations in search history, get synonyms using the dictionary. Share text and audios to other apps.

It is difficult for users to avoid basic grammatical errors in documents when using a new language. We introduced this feature in Talkao Translate to meet the needs of our users and help them correct spelling mistakes while writing. By using this application, you no longer have to worry about spelling and grammatical errors while typing important documents for your work. This is a valuable app that allows even those who are familiar with foreign languages ​​to discover rudimentary mistakes.

We need foreign languages. In addition to our native language, we need to learn one or several other languages ​​​​in the world in order to work.No need to start with additional classes. Thanks to this application, you can confidently speak foreign languages ​​and even start conversations with people. When you make foreign friends and start chatting, you may run out of vocabulary and get stuck. Thanks to this app, you can add many new words to your conversations using the word suggestion feature.

TRANSLATIONS STORE All utilities in

Writing and Speech Translation. Even if the number of words is too many, the user can complete the text translation by voice. This is the best assistant to help you with complex translations. Of course, old translations are saved in history. You can easily search previous and outdated translations. 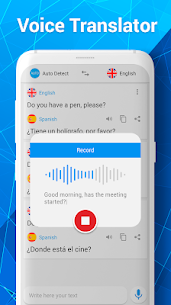 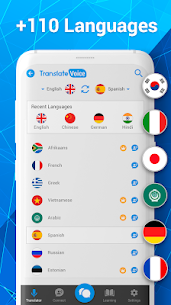 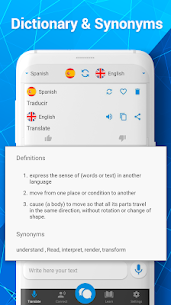 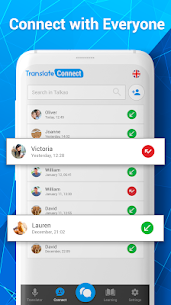 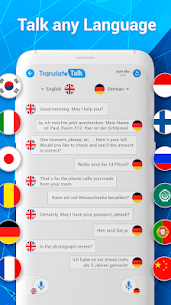