SHADOW SUPERHERO WITH PISTOL AND KATANA
You play as a fictional character from comic books, a mercenary with the superhuman ability of regeneration and physical prowess. Like spider hero or iron hero with superhero strength you fight criminal gangsters and their bosses. Enjoy real time combat fight both on the ground and air like a true Super Hero in the contest of future evolution fighting.

BECOME THE SUPER FIGHTER AGAINST CRIMINAL GANGS
This shadow superhero game takes place in a criminal city. Crime bosses are your rivals and you have to save the city by defeating them. Police and army forces are corrupted. The grand city is under the supervillains’ oppression. Neither spider superhero nor iron superhero can help you. Just do your best to defeat bosses in the best fighting game! Cinematic fight action and fluid combat.

EPIC STREET FIGHTING GAME
The street fighting game is created in the beat ’em up genre, like one of the best superhero fighting games, this is the revolution of fighting games in the present and in the future. Perform melee attacks and epic super abilities with pistol and katana as a shadow ninja. Prepare to defend your universe! As a superhero, do your best to defeat bosses in the contest of future evolution!

ULTIMATE STREET BRAWLS
The superhero game has been made for fans of superheroes from comics. Collect cash to unlock new perks, epic passive and active super abilities to become an absolute superhero!

CONTEST OF NEW COMBOS AND ABILITIES OF CHAMPIONS
Use the future pistol, katana, passive skills and abilities through evolution: shocking shots, power strikes and fatalities in the super war by using epic super abilities of champions in the universe.

Shadow Hero will be a game that can give its players a familiar experience in the present direction and uniqueness in the future. And to be able to offer its players the experience with the highest level of authenticity, the game needs to own a suitable game genre. With a lot of additional research and testing, the game has also made its final decision with the familiar arcade gameplay style. This gameplay will be able to help players not encounter any barriers or difficulties during the process of getting used to and mastering the control of their characters. Enter the dangerous world and prove that you are the true superhero who can save the world from the dangers right now.

This is a game designed in the style of playing superheroes, so building the image of the character will play a significant role. Therefore, you will be playing the role of a fictional superhero character in the comics with the ability to regenerate and superhuman physical strength when entering your play. And to be able to give his players a familiarity, the superhero inside Shadow Hero will also possess special powers to confront the evil forces. You will also realize the different features that the character inside this game can bring, sure is the ability to fight with weapons. And two essential weapons that will be associated with the character throughout your game are the pistol and the katana.

Besides, the game will also equip your play with many challenges you will need to confront and win. The main context in which the game is built is a super city with the presence of criminals everywhere on every corner. The most critical and dangerous mission is to fight crime bosses and carefully set up evil plans and schemes. The city and the innocent people are in danger when the police force and the army cannot stop those plans. You will be the only savior who can do superhuman things thanks to your abilities and save the city with everyone’s love and approval. 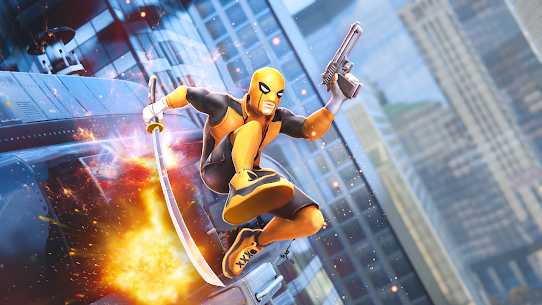 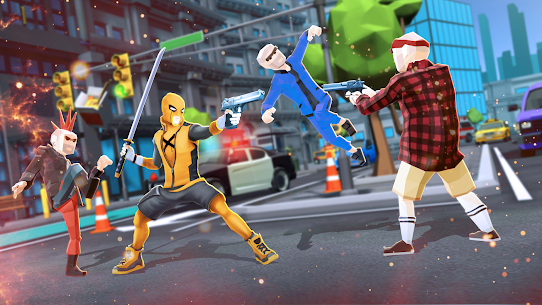