Football Master 2 is the most authentic and groundbreaking Football Management Game in the gaming landscape now. Build your own team from scratch, train your players to become superstars and play against other Managers in different leagues and tournaments across the globe. This wonderful game is literally in your hands! Lead your talented squad to win the championship!

[Features] Officially Licensed Game
With official licenses from FIFPro and top clubs from different leagues, Football Master 2 includes more than 5,000 real players whose stats and skills are updated in real-time according to their performance on the pitch. Also, you will be able to use the latest official kits and items from your favorite clubs to have a customized experience.
Sign Superstars
Scout, coach and sign top players to assemble your Dream Team (Midfield Master – De Bruyne, Goal Machine – Lewandowski, Legendary Striker – Ibrahimović, etc…) With the world’s best players in your team, you will be unstoppable!

Strategy and Tactics
Football is a sport that takes strategy and ability. If you want to beat your opponents with your football style pay attention to tactics, they are crucial (Team Skills, Formations, Attack & Defense Tactics, Chemistry, Styles, etc…). Remember Manager, use your hand… But also use your mind!

Stunning 3D Matches
Are you going to miss your team winning the championship in a captivating 360° 3D stadium atmosphere? Live the football dream to the full!

Team Up With Your Friends
Show who is the king of the hill! Form alliances with your friends and compete against other managers from around the world. The more matches you win, the better prizes you get!

Football Master 2 is a soccer manager where you take control of your own club. In the beginning, Football Master 2 offers a surprising amount of elite players, complete with their real faces and names. You can play with stars like Neymar and Luis Suárez on the first level, then collect more as you advance and sign new players.

As with previous games in the series, Football Master 2 is licensed by FIFPro Commercial Enterprises BV, which means the production value is high. This time, many of the clubs’ jerseys are practically identical to how they look in real life. You can also use your rewards to level up, improving your club’s appearance and fan base as you go.

Gameplay is pretty good and holds its own with similar games like Top Eleven Be a Soccer Manager. The matches are also dynamic, letting you make decisions in real time, whether that’s attacking the other team, using a more defensive approach, or making faster transitions. Some players even have unique special abilities.

Football Master 2, like its predecessors, includes various game modes like Super League, Master League, and the European Championship. Your success depends on your ability to build a solid team and make strategic decisions during matches, so it’s up to you to develop the best strategy to lead your team to victory.

2.Extract APK file and install the APK file, but don’t open it

3.Extract OBB file and put the folder to SDCard/Android/obb 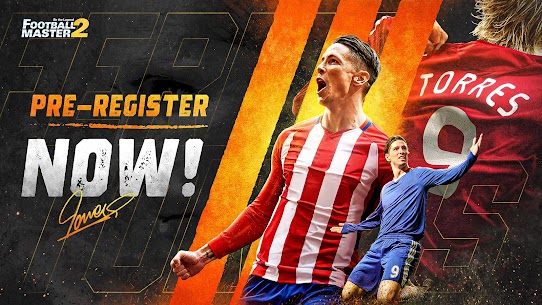 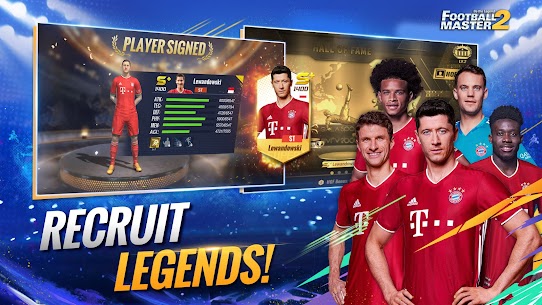 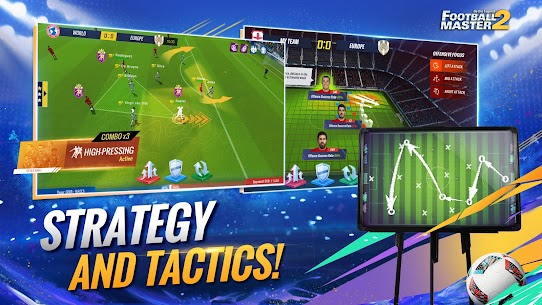 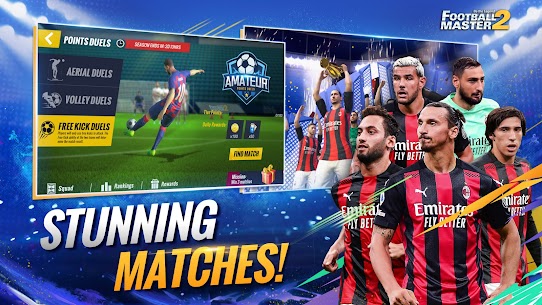 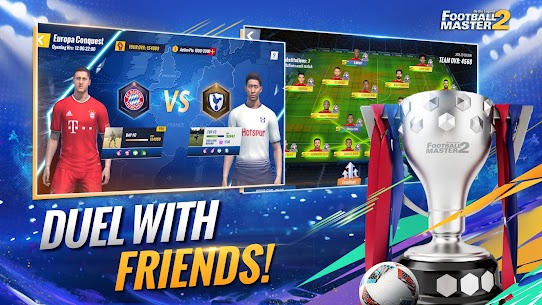