Are you a fan of the good old counter terrorists games?

A free offline top action combat game. Twenty elite missions where the goal is to survive and beat the bravo elite team. Be ready to defend your base from this elite squad using your swat tactics. Just fire with your guns and kill the enemy. The Military Resources are at your disposal. Every combat, in which you are in, is from first person.
You are the last man of your city and surrounded by the bravo elite squad. Sneak around in search of enemies and use your critical war skills to attack them.
By completing each mission, you will be rewarded. Use your rewards to purchase new weapons and Increase your firepower in frontier battle so that you can have a better chance of winning this fight against these special soldiers.
Go deep into enemy control zones, swat, make a blitz attack and destroy enemies.
For now the game has the following weapons, but soon new tactical weapons will be added: M1911 MP5, AK47 and M4.
By the radar system you can see the orientation and the number of the enemy to grasp the combat situations.

Are you ready to strike enemies?

🔥 Bug fixes and internal performance improvements.
Soon we will add new weapons and improve the menus.
🔴 Be sure to rate the game with 5 stars and comment on what you think could be improved or added to the game. Also share with your friends to help the game grow more each day. 🤜🤛 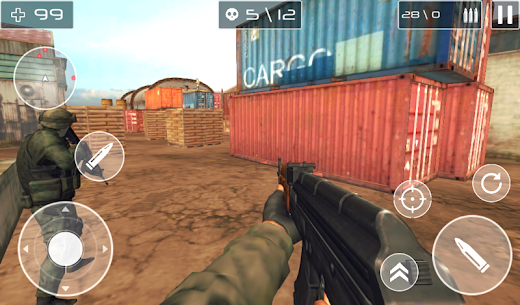 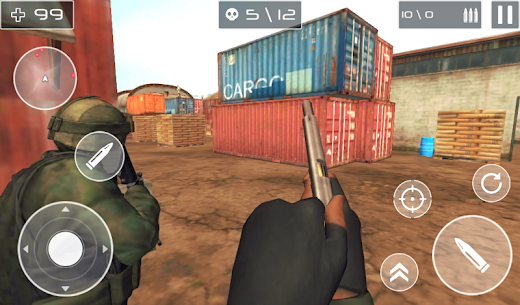 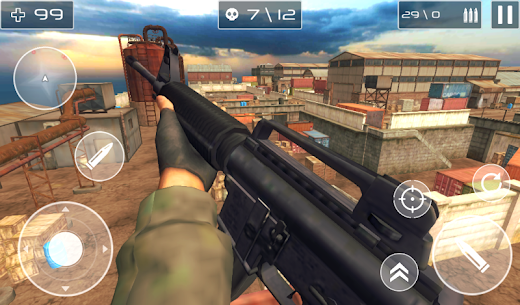 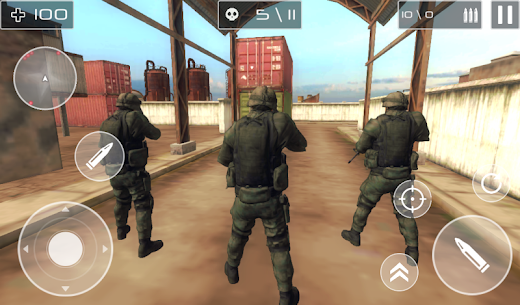 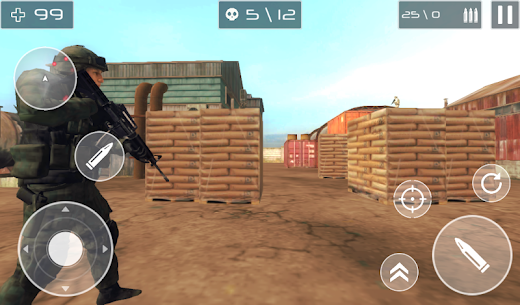